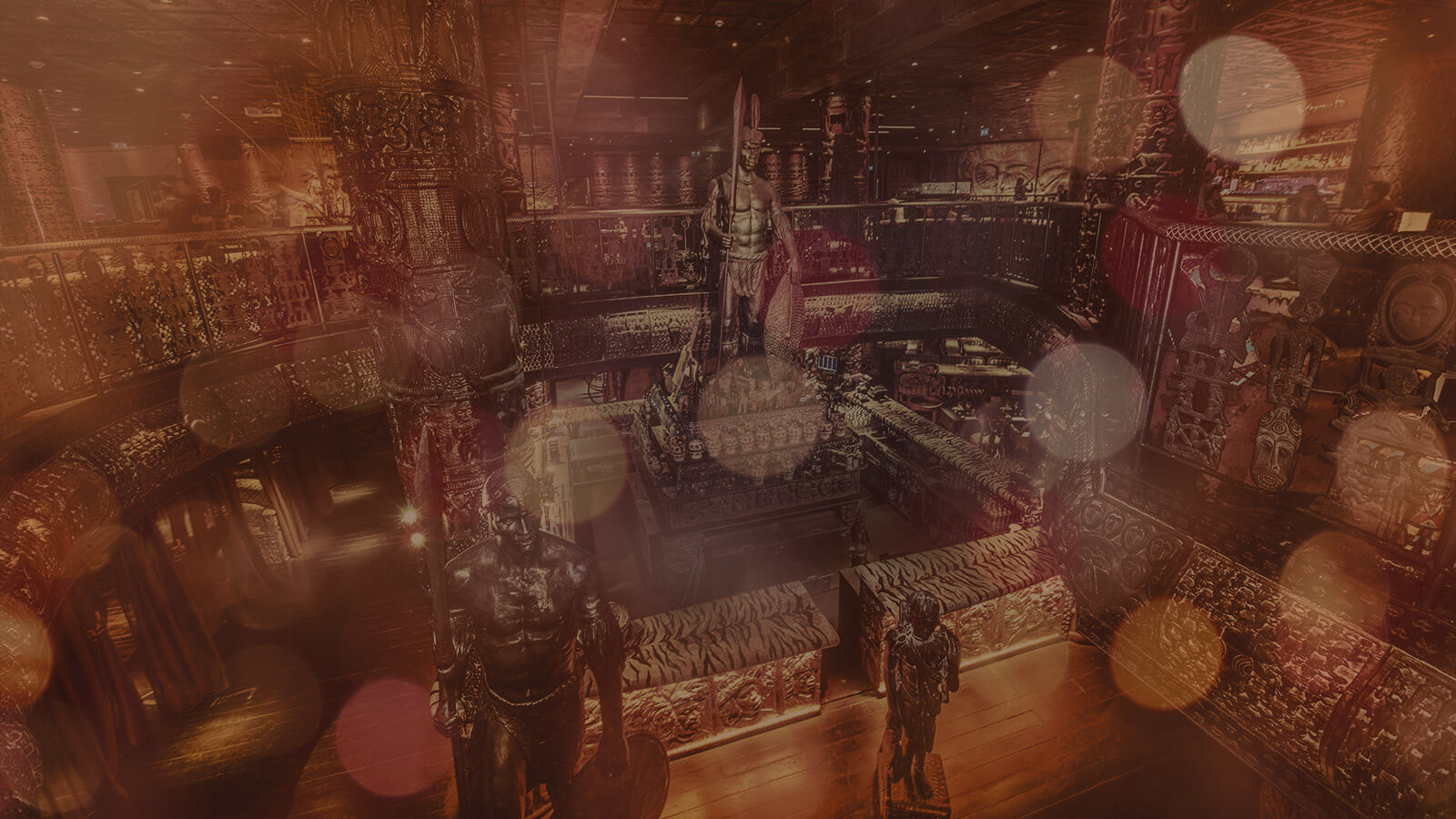 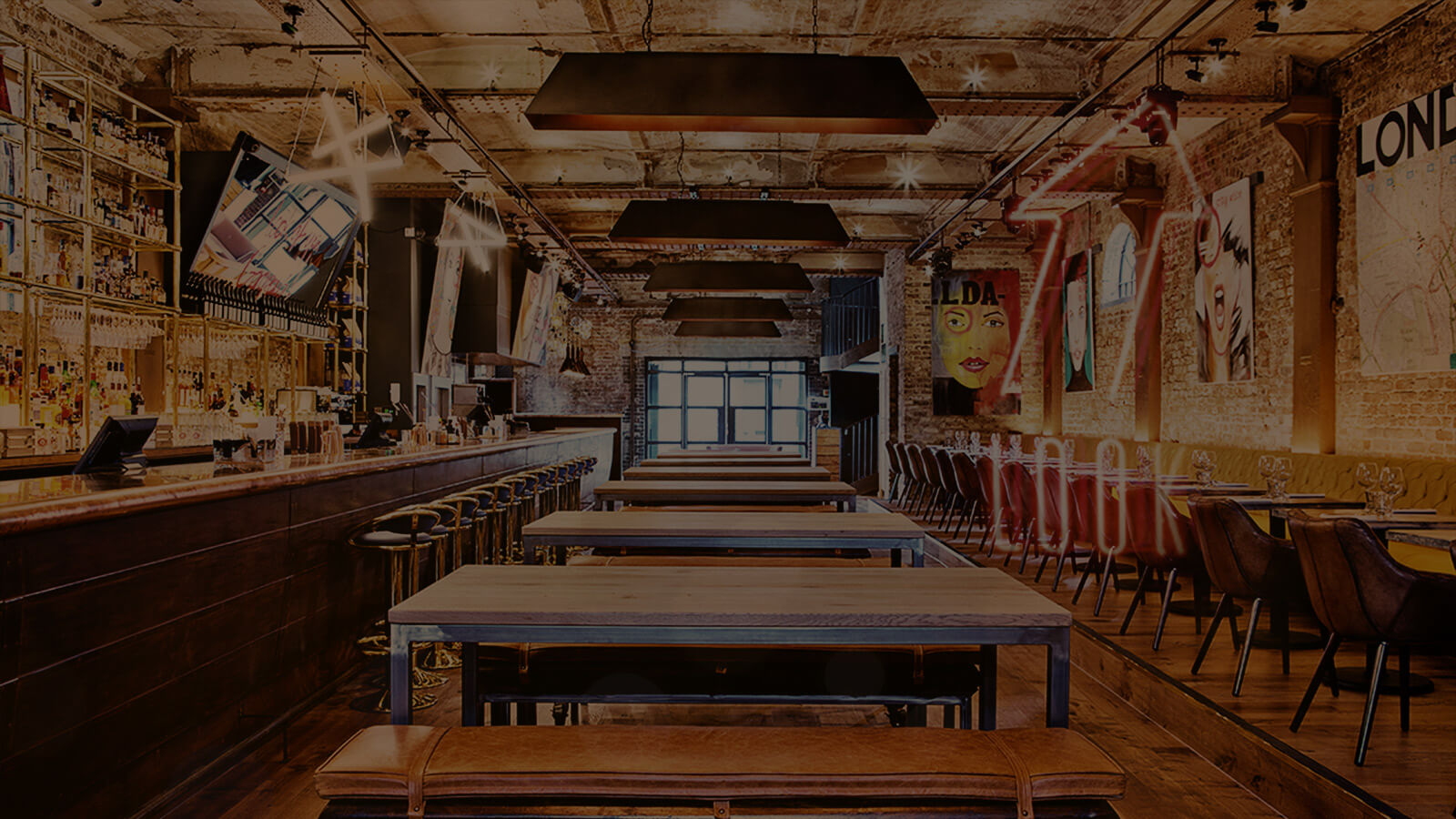 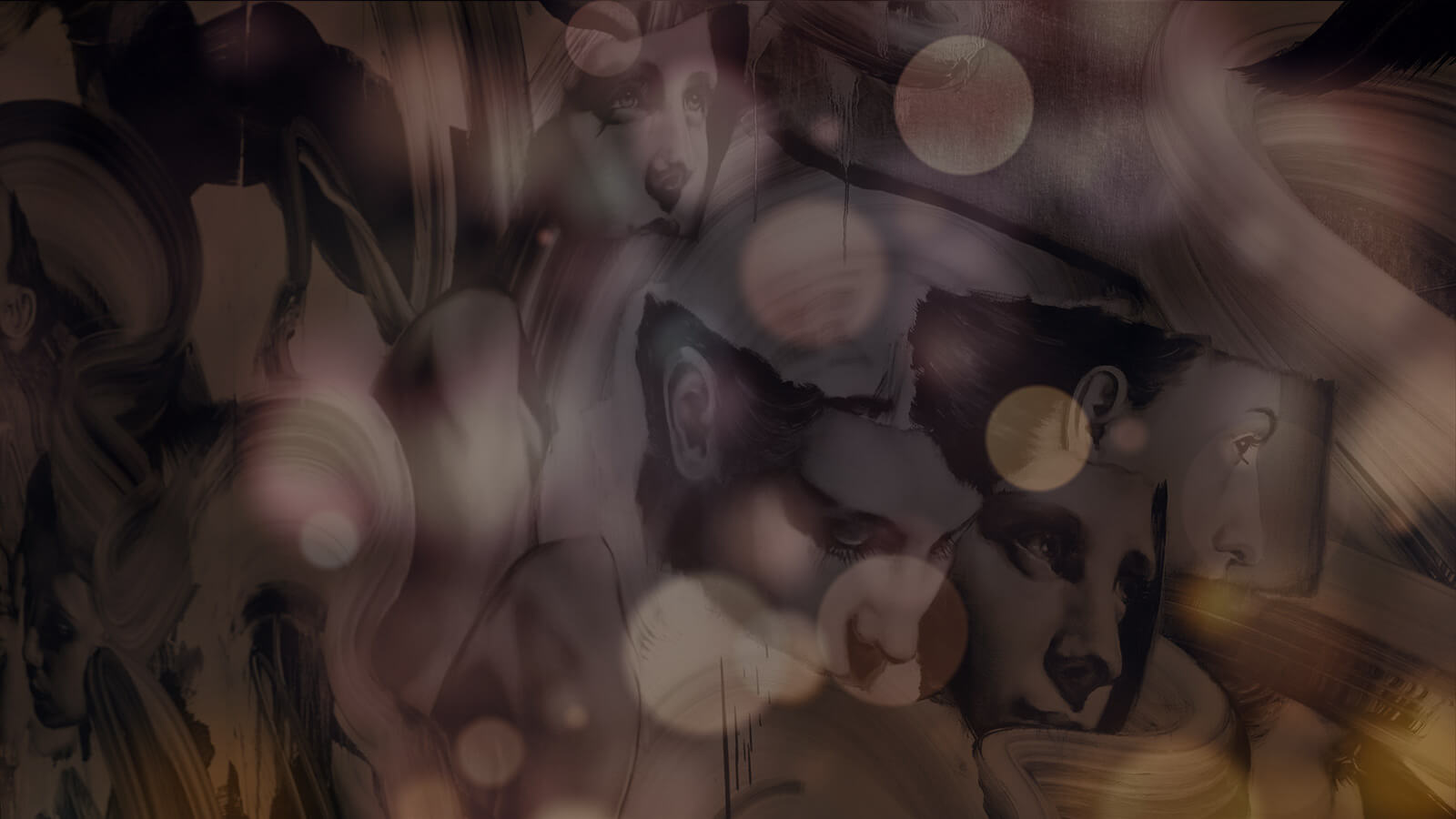 We are Enhanced Hospitality. Inspiring the UK hospitality industry through pioneering venue management solutions and a dynamic consumer offering.

COVID-19 | MEASURES TO MITIGATE THE SPREAD AND ENSURE YOUR SAFETY.

Enhanced Hospitality is the operational services company behind many of the UK's leading hospitality venues over the past 20 years.

The company has grown to incorporate some of the finest minds in delivering food, drink and dance experiences.

At our Central London HQ, we use software systems, designed by ourselves, that provide a while-labelled world-class operational solution, with daily revenue and reservations reporting for venue owners and landlords

Enhance your business. Get in touch. Want to escape for a while? Step in from the hustle and bustle of Camden, into Gabeto“ a Spanish word for 'home'. Just like home, you can play host to guests and clients as our decor and drinks menu impresses from first sight. Relax with a gourmet restaurant lunch before taking to the Terrace for classy cocktails until the stars take centre stage and the curtain comes down for the night. Toast to the future in a historic location; we built Gabeto within a Victorian stable block. This means you can work, rest, dine, drink and play in a place which really knows how to make time fly. Our Gabeto is your Gabeto.

The home of Blacks is a wonderful Georgian townhouse built in 1732 by John Meard Jnr. an apprentice architect to Sir Christopher Wren, it was also once home to Charles . The Club was first formed in 1764. Nearly 200 years later in 1992, “Blacks Club” was founded and named as the antithesis to White’s Club, London’s oldest gentlemen’s club, over the next 20 years it would become a famously ‘louche’ bohemian drinking den. In 2017 Blacks Club was bought with the aim of restoring the building back to its original Georgian heritage, as well as revitalising the club’s 18th century roots as a supper club.

Tucked away in the heart of Clapham’s Old Town, The Rectory is everything you want from your local Public House. Under independent ownership and with a fabulous new menu, we are all about the freshly prepared food, and we are delighted with our new stone baked pizza oven. Of course we also sell quality drinks and provide entertainment for all occasions. 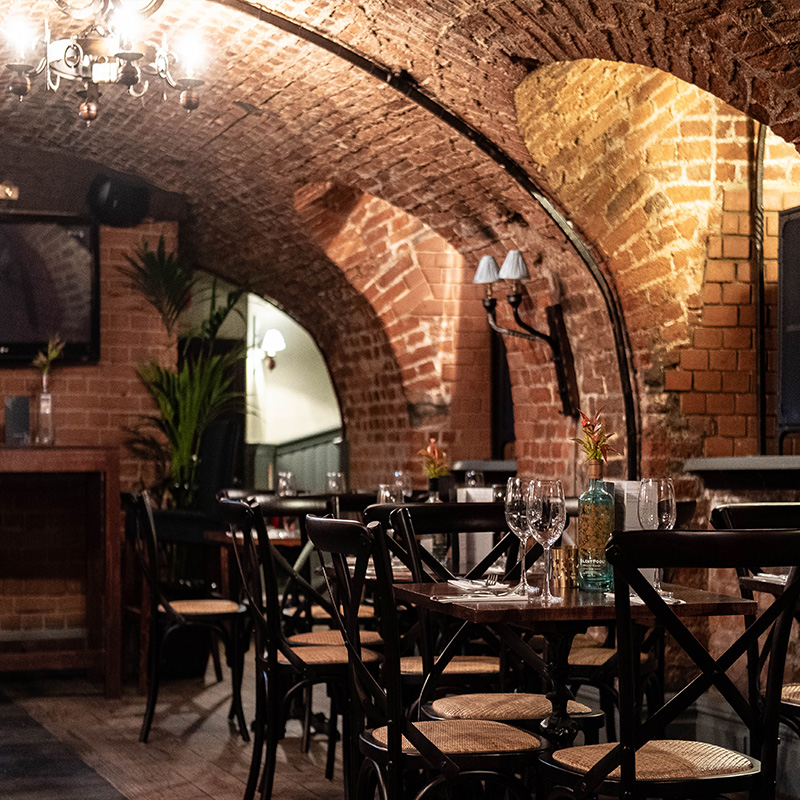 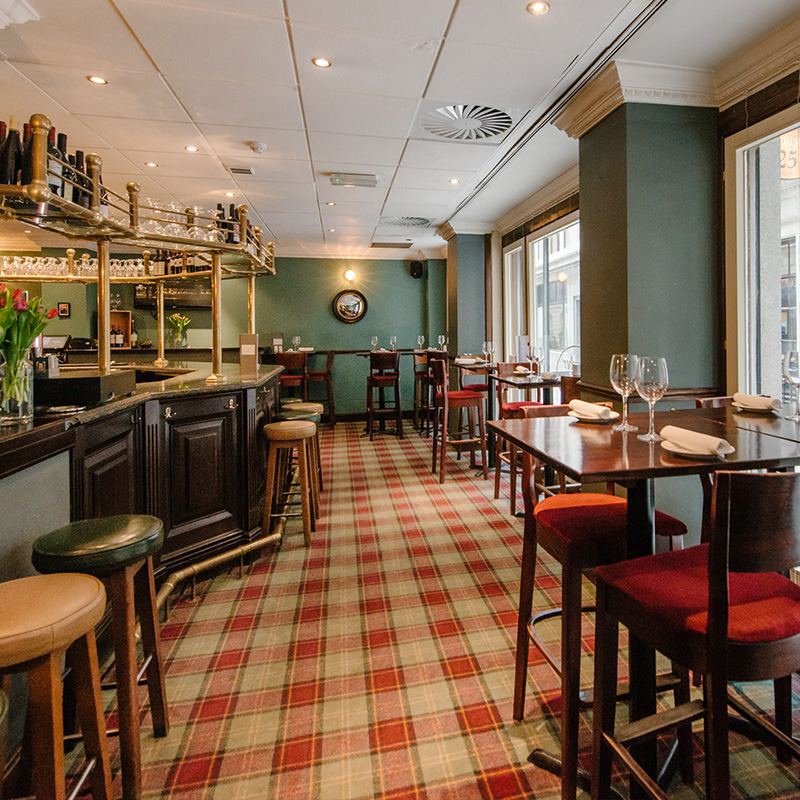 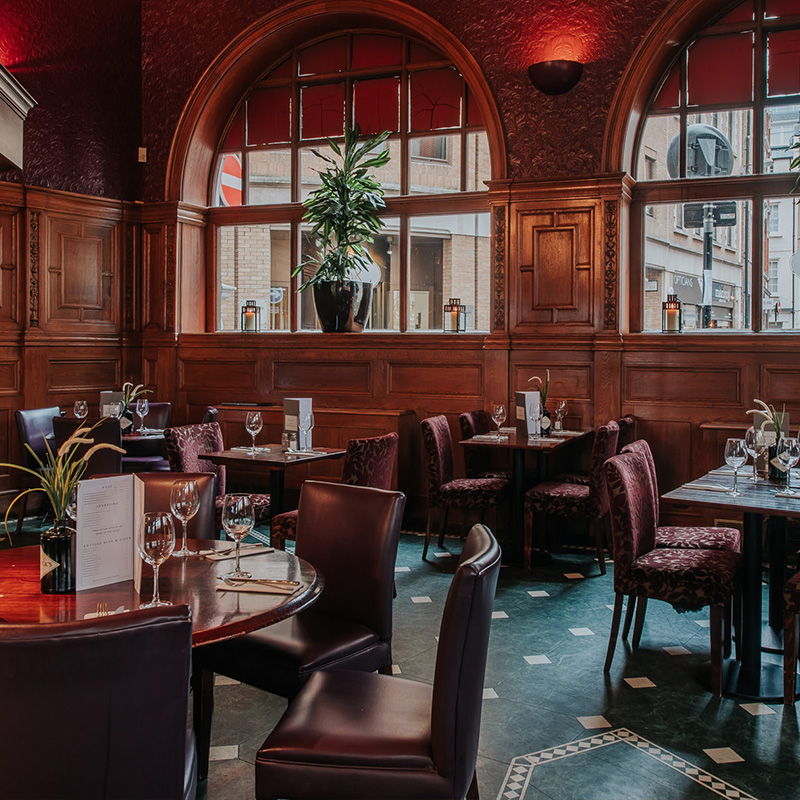 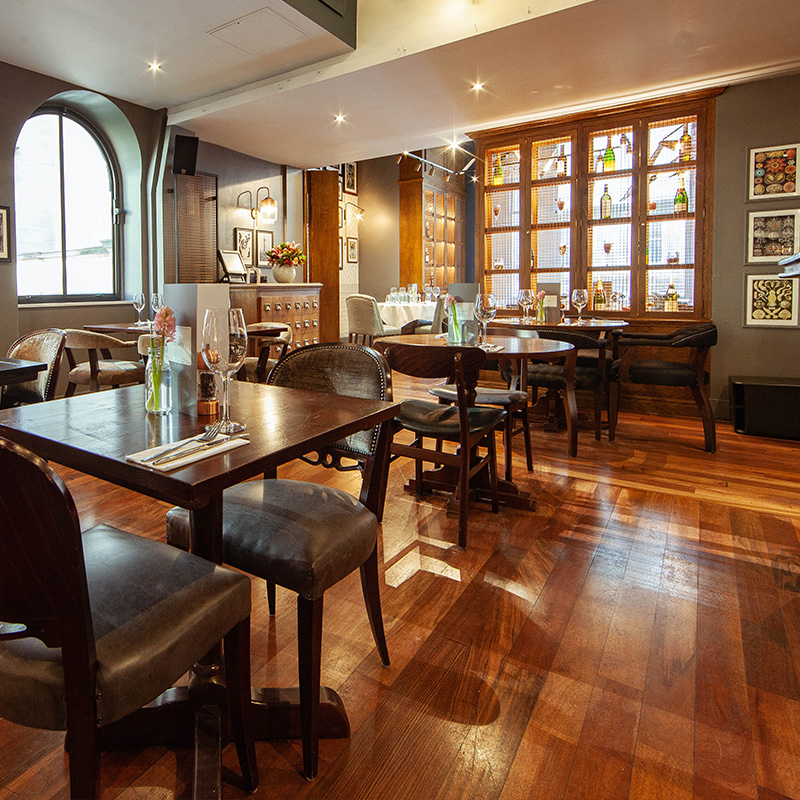 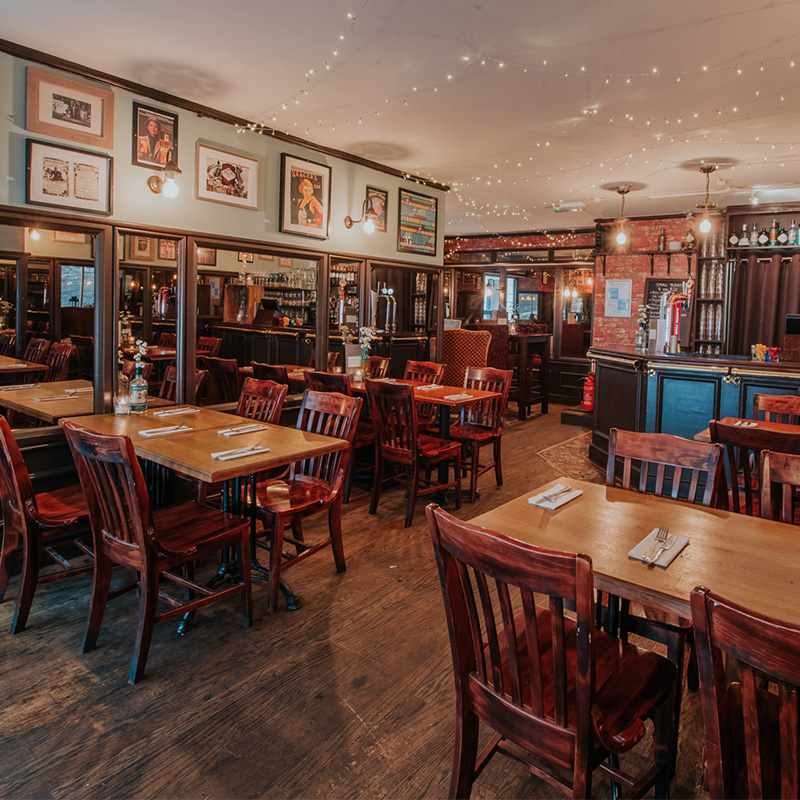 Established in the 1980s, our heritage may be fine wine, premium beer and superior spirits. But a great atmosphere is as important to our clientele as our food and drink. Renowned for the food we serve, we cater for all moods, from serious business occasions to informal get-togethers where you can let your hair down. 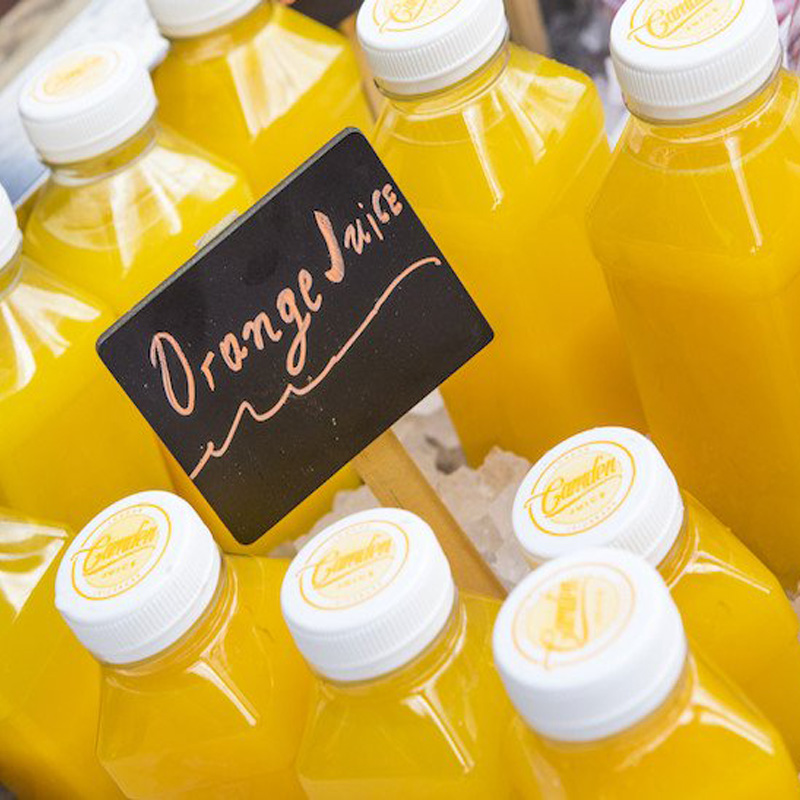 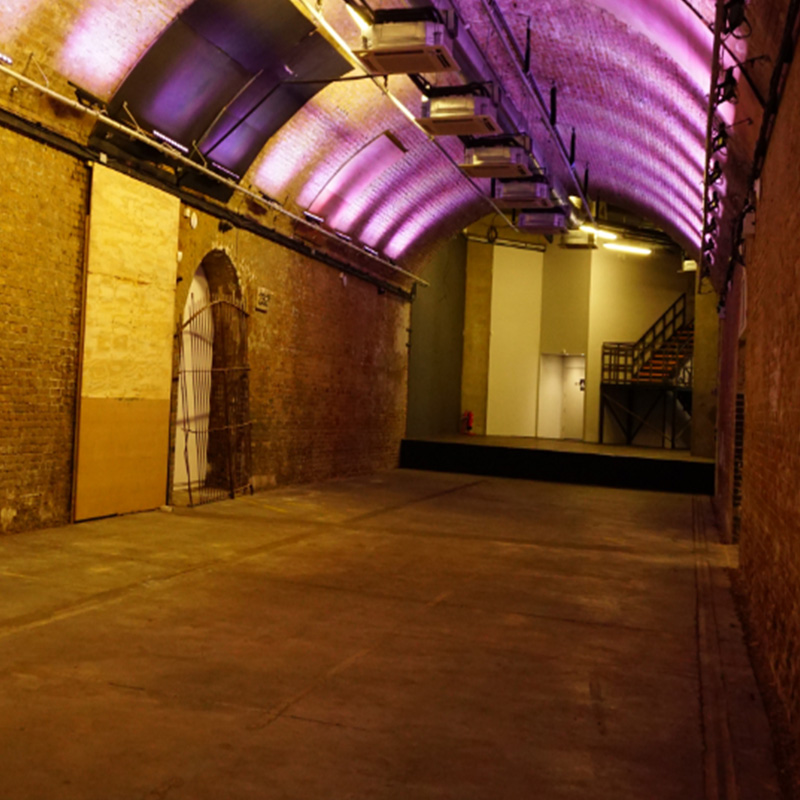 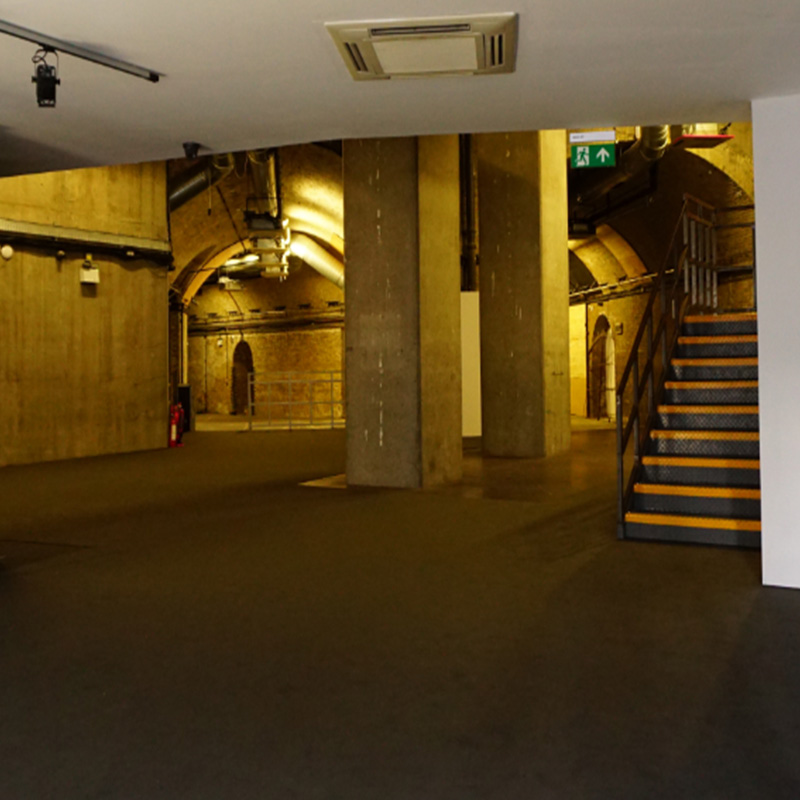 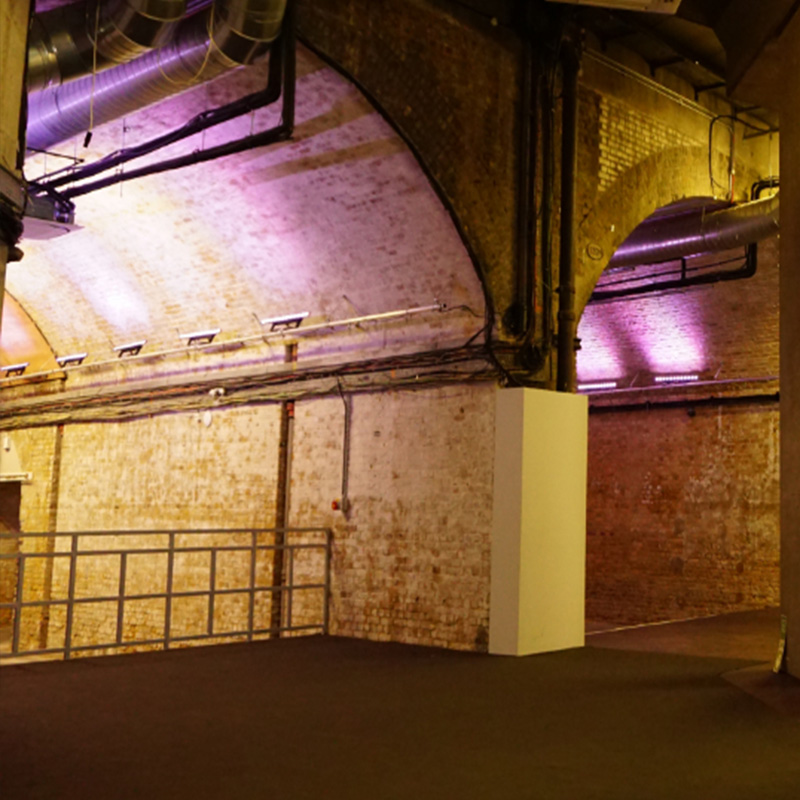 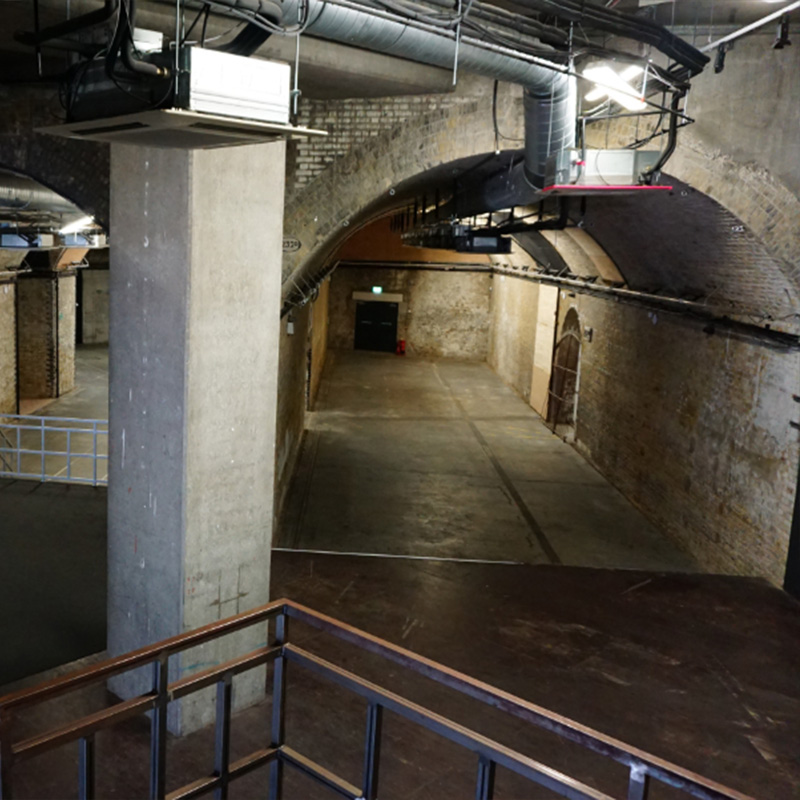 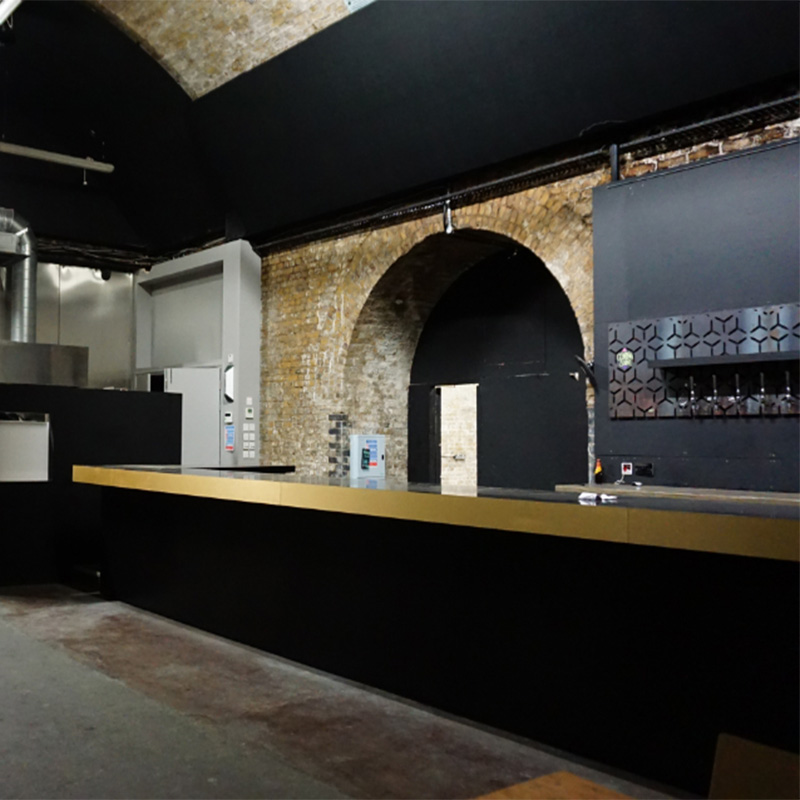 With three beautifully renovated railway arches underneath Waterloo station and holding a capacity of more than 1200 people, this is a hidden gem located in SE1. Our professional and experienced events team believes that happy clients are the best advertisers, just ask for our testimonials. Nothing is too complex or difficult for us and we love to work with top brands and private clients alike.

Kurobuta takes its inspiration from the Izakayas of Japan, where tapas- style plates are served to accompany drinks in a casual setting. Originally a pop up, Kurobuta has been such a hit with diners who fell for the unique chilled out ambience and exceptional contemporary, Japanese food, it’s been a permanent fixture in the area for many years.

Enhanced Hospitality offers a variety of services for venue owners and operators across the UK. 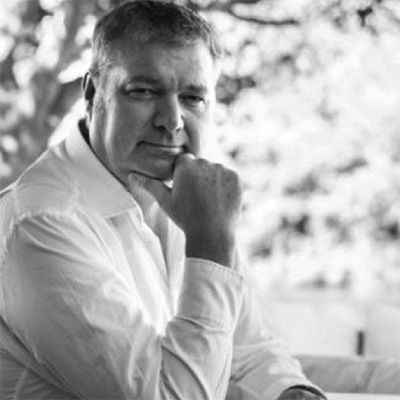 Roger Payne ‘Freeman of the City of London’ is a well-known London-based entrepreneur, hospitality expert and philanthropist with a background in licensing law, financial consultancy and high-level catering. Enhanced Hospitality Limited is the Brand name for his operations. Roger’s holistic approach to hospitality and ability, under one umbrella, to control every element of a business focussing on the customer journey means that his Enhanced Platform can operate in all sectors from Fine Dining, Bars, High Street Restaurants together with entertainment establishments.Whether it is simply to enjoy just a drink, a snack at a bar, special dining experience or a complete evening including entertainment and dancing at any one of his venues,The Enhanced system ensures smooth delivery 100% of the time. From reservations, event management, staffing requirements, to an unbelievable database of over 500,000 customer names and addresses essential for marketing offers and reward schemes - Roger is able to mastermind the advocacy, strengths and opportunities for each of his award-winning businesses. The back-office systems with analysts looking daily at every commercial aspect means unparalleled control of the main KPI’s. Renowned for his direct approach to business allied to a keen sense of humour and compassion, Roger lives with his lawyer wife, Lesley, between their homes in London’s fashionable Borough district and the World Heritage city of Bath. 50% stake in the long established WE ARE Bar collection a group of 10 Bars/Restaurants in the City of London, the financial district. Before moving full time into operating his own business in the hospitality industry, Roger enjoyed a career in high level catering. During the 1980s he worked in Switzerland and Germany in leading five-star hotels. In 1986, The Lord Mayor of London presented him as a “Freeman of the City of London” – a unique and rare accolade for such a young man. In 1996 Roger’s first success came with the brand development of Jongleurs, the UK’s leading chain of Stand Up Comedy Clubs during the 90’s. Roger developed a chain of hotels, bars and Restaurants throughout London and has acted as a multiple licensee often overseeing as many as 40 licensed venues at one time through his unique operations system and his loyal managerial team. Much of the early Millennium was spent chairing committees as the ‘Head of The Leicester Square Association’ - an organisation that brought together businesses, residents and other parties’ interested in safety and development within the entertainment industry of London. Roger’s landmark business at that time, Sound, in Leicester Square, was one of London’s foremost entertainments establishments featuring restaurants, bars, two late night venues, and television production facility, housed within the famous landmark, Swiss Centre. It was successfully sold in 2011. Roger has acted as an independent community liaison representative with the Metropolitan Police and attended training courses at Hendon Police Training College as an observer at Inspector level on the Hydra programme. In 2001 he was appointed to the Board of ‘The Heart of London Business Alliance’, the UK’s first business improvement district, a body responsible for the safety and upkeep of the famous ‘West End’ of London, including Piccadilly Circus and Leicester Square. 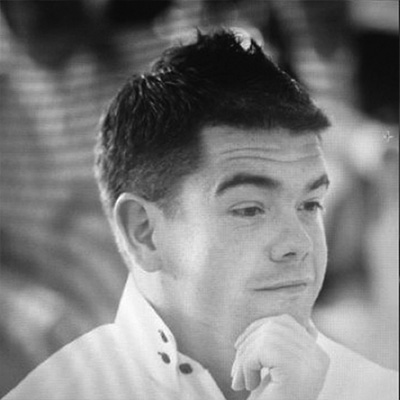 Justin is Enhanced Hospitality's Commercial Director, working hand in glove with the shareholders and Directors of all Clients and owned brands within Enhanced Hospitality. Justin joined as General Manager of Sound London in 2005 and has since had a long standing career in the industry which has gone from strength to strength. Justin is a dedicated problem solver and leads the team in working with stakeholders, particularly landlords and shareholders in securing revenue driven challenges. 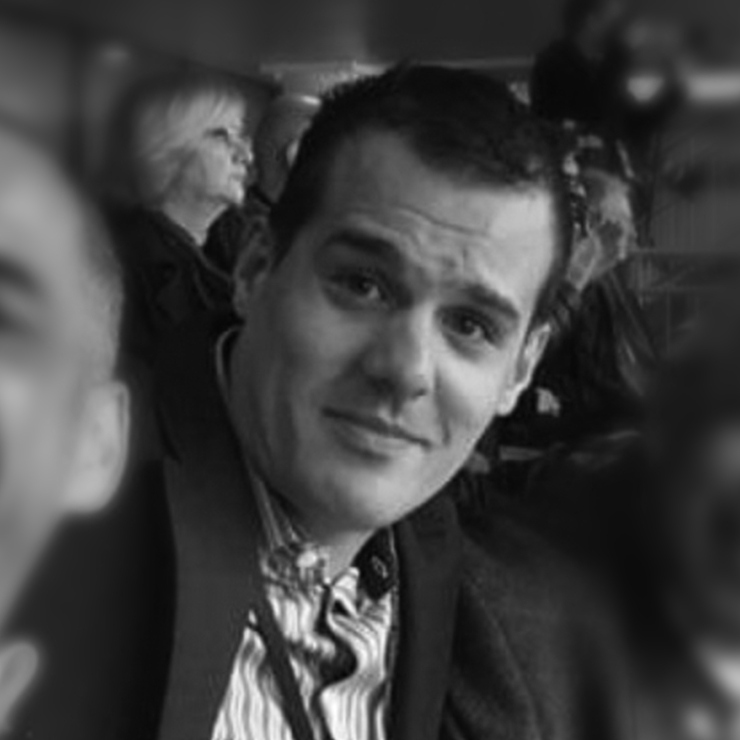 Otis is Operations Director for Enhanced Hospitality along with leading The Cuban brand, a themed restaurant and cocktail bar headquartered in Camden, London. Otis originally joined the group heading up the Jongleurs Comedy Club chain. Otis is passionate about the vibrancy of the Enhanced Hospitality venues, ensuring a comfortable and warm welcome across all locations along with a profitable but personal approach to late night experiences. 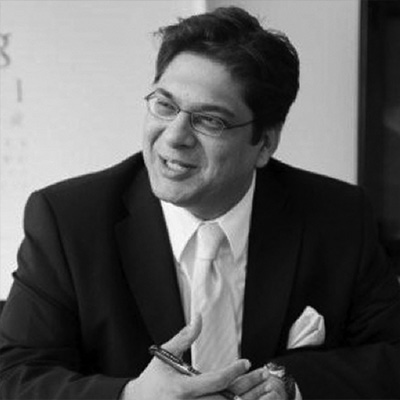 Mohsin brings his financial command and extensive 25 years experience in hospitality to the group. 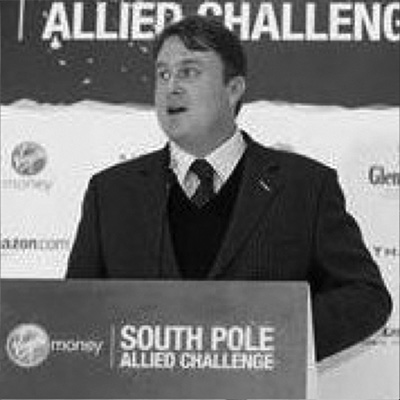 Alex has been with Enhanced Hospitality for over 15 years, initially Agency-side when he was Director of Media at a leading UK MArcomms Agency before joining the ranks of Enhanced Hospitality during the launch of the flagship venue, Shaka Zulu. Alex leads communications strategy for the group and enjoys creating highly immersive and relevant data driven campaigns.

As one of the leading hospitality operators in the UK, we know first-hand that sustainability is a vital ingredient for our future. We recognise that our operations have a local and global environmental impact, and so we are committed to reducing this as much as possible by, following sustainability best practice, and proactively encouraging sustainability wherever we have influence.

We also have a robust CSR policy in place and take pride in supporting a number of organisations such as Education Africa and Hospitality Action.

Our management objectives and targets are reviewed on a regular basis to ensure they are in line with our environmental policy, which we communicate to all employees. We also help our clients and service partners to minimise the impact of their activities with us.

As part of Enhanced Hospitality’s environmental policy, we ensure that we:

In conjunction with our on-site catering partners we also ensure sustainable catering practices. As part of this, we:

An increasing number of our events organisers and clients are concerned with sustainability and environmental policy around their events.

To help us all reduce our collective environmental impact, we have produced a useful checklist for promoting greener events: